@Tokunbo, thanks for providing the opportunity once again to dismantle your propaganda, misinformation and threats.

I will address your response paragraph by paragraph so that your own readers including those that send you emails will get proper feedback.

---
Yorubas joining the Hausas to keep Igbos> Nigerians> does NOT justified living their own villages, states and nation in drove to choke them to death. Many Europeans countries colonised many African countries but that does not mean every colonised Africans should go to their countries for greener pastures...there should be a limit to the number of people they can accommodate into their countries.
---

There is a Nigerian constitution that allows any Nigerian to live in any part of Nigeria as long as the person is law abiding.

You have members of House of Reps and Senators from the South West, talk to them so they can update the Nigerian constitution. They are the ones authorized to represent Yorubas not you.

---
Secondly, Igbos can not say because other ethnic groups / other Nigerians fought to force them to stay in Nigeria, they should then see part of Nigeria as 'No man's Nation or no man's land' where they can go in drove to do business on the expense of the owner of the land or what is the proportion of the Yorubas in Igboland compared to Igbos in Yorubaland? Why can't the Igbo stay in their own nation and let other Nigerians come to them for business...Why?
---

I am an Igbo man and I don't believe that any part of Nigeria is a no man's land. Igbos are not stopping Yorubas from doing business in Igbo land. Did you fight the Igbos to remain in Nigeria so that you will benefit from the crude oil from Igbo land when you hate the people?

---
Thirdly, don't let us twist the history of Nigeria to justify our excuses or to influence other people's opinion. You know and I know what caused the civil-war, how it was mismanaged and why it did not succeed.
---

Each time you talk about the civil war you push out lies and propaganda so what do you mean that you and I know what caused the civil war? Nigeria attacked Biafra in Biafra and Biafrans defended themselves and fought back to protect their honor and pride even though they were out numbered and out gunned from day 1. Unfortunately, Biafra lost the war because not only did they have to contend with the rest of Nigeria they had to deal with support US, UK, Egypt and other powerful nations gave to Nigeria because Biafra would have been the first truly independent African nation since some Europeans gathered somewhere in Germany to share and allocate African land to themselves.

----
If Biafran had negotiated with the Yorubas and not underrated the Yorubas' support for their cause, we would have been singing different songs by now. If Igbos had not underrated the roles of the minorities in the old Eastern regions, the war wouldn't have gone the way it did...these were the mistakes Ojukwu and his advisers made.
----

Sorry to disappoint you, Biafra did not need to negotiate with Yorubas to defend themselves when they were attacked by Nigeria forces from the seat of power in Lagos, Yoruba land!! Forget about the divide and rule tactics Nigeria used on Biafra concerning Igbos and minorities. Go and ask people like Edwin Clark, Asari Dokubo and other South South stake holders and militants concerning the civil war and you will understand the fact that they will not listen to you should another war break out especially now that some Nigerians are making it clear that someone from the same minority should not be the president and are working hard to bring his government down from media attack to Boko haram militants.

As an Igbo man, I will forgive any mistakes Ojukwu may have made during the war because I respect him for defending his people, that is what any reasonable person would have done. However, this is not 1967 - 1970 we are talking about 2013 and we are wiser today.

I hope you understand the fact that you have a lot of Yorubas in the oil companies even though only Ondo state in the South West is an oil producing state? Do you think the host communities where these oil companies operate from are excited about Yorubas occupying jobs when there own people are out of jobs?

---
Fourthly, please get it right, NO one is preventing the Igbos from being Nigerians. No one is banning or stopping them from trading or doing business in any part of Nigeria, what people, most especially people like myself against is their genocidal attitude of living their own nation in drove to control other people's business and other people's lives and boasting about it.
---

My advice concerning contacting your law makers above applies here.

----
I hate it when Igbos say they are the ones who developed Lagos in Yorubaland. I hate to hearing they are industrious and without them Nigerian economy would collapse as if other Nigerians are stupid. I hate to hear ...If Igbos leave Lagos Yoruba people will starve to death? I hate it when the Igbos start claiming they have bought all the Yoruba people's properties and lands, and they are closed to annexing all the Yoruba cities...All these are errant nonsense you hear from an average Igbo person, and I called it genocidal attitude because this was what the Jews were doing / saying in Germany that sparked the second world war.
---

People from both tribes say all sorts of nonsense including some comments you make that are unreasonable, provocative and outright lies. Should I then because of your comments hate or threaten Yorubas?

Lagos was a former capital of Nigeria and Nigeria used oil money from the same Biafran region to develop the infrastructure in Lagos. Lagos is home to the major functional sea ports and because Igbos are naturally businessmen they need to have access to goods they import into Nigeria and I am sure you know that they would not come to Lagos to clear those goods if the FG built functional sea ports in the South East. Again, tell your law makers to make the FG speed up the process of dredging River Niger and you will see whether the traffic will not drop in the ports in Lagos the same way Igbos now get to travel in and out of Nigeria from the international airport in the South East.

If not that you are busy spreading hate and threatening Igbos you would have noticed that commercial activities in the international airport in Lagos are not the same as they used to be because most (if not all) of the people that use the Enugu airport would have been using the Lagos airport.

----
I live in another man's country and a multicultural society, but you don't see any ethnic group boasting of without them there wouldn't have been London...everybody fi ori ara e pamo ni --even the Jamaicans who their forefathers were used as slaves to build the London Underground can not boast of owning London. In the UK here, if you're a multi-millionaire and a forigner, you don't go about shouting and boasting that is what you are, else they would bring you down. Typical example is Al-Fayed an Egyptian citizen who owns the most expensive store in the world (Harrods)...the British Authority refused to naturalised him and his family- to be British- all because they see him as too pompous and self-centred. In Germany, foreigners or naturalised German can never be allowed to be richer than the German...it's impossible, they would bring you down.
----

Feel free to bring any Igbo man down but if you kill any Igbo man because he is Igbo trust me, Igbos will not just go and bury the person you killed, there would be retaliation and every Igbo blood shed will be avenged.

One thing I am sure of is that the Igbos will never be the first to attack, hurt, harm or kill anyone just because the person belongs to another ethnic group but if attacked they will respond in kind.

Don't be fooled by Boko Haram attacks in the North that some of you claim were attacks on Igbos because some of us have consistently and correctly maintained that Boko Haram attacks were against the FG and from time to time they would want to cause more havoc and target specific religions or tribes so as to force a response that would escalate and bring the GEJ government down. That is why the Nigeria army have been fighting back and doing their best to protect the lives and properties of Nigeria.

If Hausas or Northerners begin to attack the Igbos for being Igbos I need not tell you that the Igbos would respond in kind.

So, feel free to spread the hate and make threats but when you spill an innocent Igbo blood because the person is Igbo that is when you will understand the fact that you can predict how a war will start but not how it will end.

When some of us preach peace and unity instead of war it is because we know that the only people that will benefit from wars without losing anything are the weapons manufacturers and arms dealers. It is not because we are afraid of war or afraid of dying because no one lives forever.

----
And this has got nothing to do with being tribalistic or hate, every human being must always do everything possible to protect his/her immediate / primary family. I doubt it much if Igbo race would ever allow Yoruba people coming into their Igboland to take over their business and their people's lives?
In the time of any election in Nigeria, Igbos had never voted for any Yoruba even as a councillors not to talk of local government chairman. Politically, anywhere in Nigeria- including in Lagos-Igbos will always prefer Hausafulani to Yoruba any time and any day...and this is a FACT unless some hypocrites would like to deny it....
----

I am happy you understand the fact that every human being must always do everything possible to protect his/her immediate/primary family and that include the Igbos.

What's this nonsense talk about Igbos supporting Yoruba candidates in elections? How many Yoruba people voted for Ojukwu when he contested the presidential elections even though Ojukwu's major problem with Gowon was because Ojukwu insisted that a Yoruba General in the Army Brigadier General Ogundipe should take over and become the head of state as the oldest surviving military officer when General Ironsi was killed?

ACN (Yoruba party) and CPC (Hausa/Fulani party) just merged and you are talking about Igbos supporting Hausas politically? And yet you have the audacity to talk about hypocrisy? 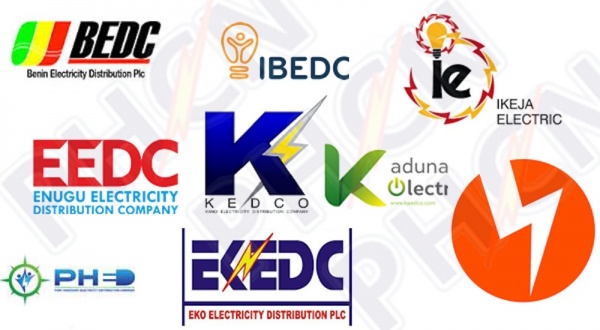