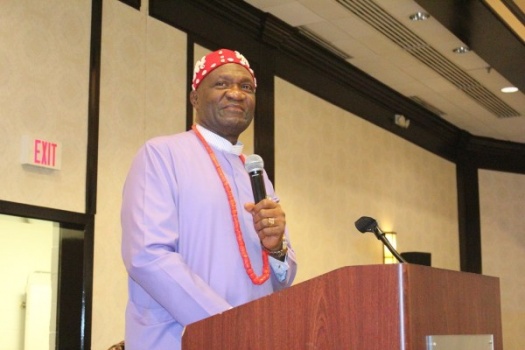 With the video of ipob members threatening to beat and even kill the PG of Ohaneze, Nnia Nwodo in Spain do you still need a native doctor to tell you that these guys don't mean well for Ndigbo.

The greatest threat against Ndigbo today is ipob and the owner of ipob understands that but is blinded by ego, anger and the desire to become a Lord and master in Igbo land, something that will never happen.

Any independent Igbo nation under the control of these guys will be worse than an ISIS, Boko Haram or Taliban controlled nation.

The good thing about these attacks is that it has exposed their mental state and have made it easy for the FG to bury anything that has to do with ipob.

Now, the government can make a case against these guys in whatever countries they reside in.

I pity Enugu state people that are supporting them because they are yet to realize that they are picking and attacking our finest politicians while giving awards to their own politicians abroad.